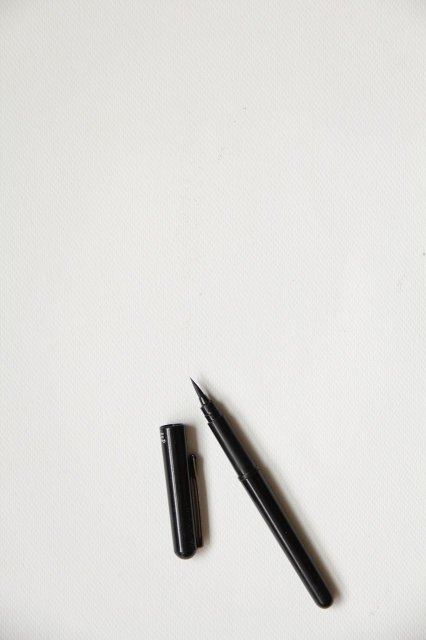 Everybody enjoys engaging in a little improv comedy over a cup of tea with their failed actor friends at their Tuesday night meetings where they only refer to each other by their first names, but I think we can all agree it’s absolutely awful to watch—at least when not viewed through the scope of a sniper rifle.

It very much reminds me of karaoke in that regard. Here in Japan, if you want to do karaoke, you get a private room so you don’t disturb anybody else. That means I can pay to sing away my stress, and my lovely wife and daughter have to sit there and endure it, and there is not a god damned thing they can do about it. Overall. it’s a win-win.

But what is it about improv comedy that makes it tick? (I was going to say, ‘work,’ but clearly that word doesn’t apply here…) The easiest explanation is the “Yes, and…” principle where each actor in an exchange takes whatever the other person has said, runs with it, and adds something new in a perpetually evolving direction.

I pitched it to Jack: wouldn’t it be fun to try something like that, but also to contrast it with a “No, but…” approach?

“Not in the slightest,” was his grumpy (from not enough sleep and approximately twice as many children to look after as me) response, but that’s what we did anyway. You’re welcome!

We each gave ourselves 20 minutes to write a sketch with nothing more than “Excuse me, do you have a pen?” to work from, and this travesty of entertainment is what we came up with.

For bonus points, we won’t even tell you which of us wrote which. Such is the allure of the improv comedy scene.

So how about you? Which of our two takes did you not utterly despise to the smallest extent?

The Evils of Improv Comedy

By Jath and Seck - Comedy geniuses

By One of Them

“Sure, here you are. I’ll want it back though.”

“Wow, I can see why. It really is the mother of all pens. This goes beyond writing!”

“Thanks. It’s an heirloom. It belonged to my great-grandfather, Augustas.”

“It was nice of him to engrave your initials on it in anticipation of you one day owning it. Tell me, what does the ‘X’ stand for?”

“Xylophone. I come from a long line.”

“My name is Uuuuugh! I don’t know how to spell it though, because my parents never bothered registering my birth. That’s how disappointed they were when they first saw me.”

“Parents are a bit weird at the best of times. As are husbands.”

“And wives. Mine wants kids. ‘Oo, let’s invest our entire future and everything we’ve worked for on a genetic lottery that could, and probably will, go terrifyingly wrong.”

“I love being a parent. It always makes my day when I come home from the music place thing and find all manner of shit and puke over everything.”

“It must be really hard to keep the place clean. Do you hire a professional cleaner?”

“Yes I do. It’s a guy named Larry. He’s a failed improv comedy actor. Those guys will do anything for money and have no shame in doing so. If I asked him to shove this pen up his butthole, he’d say ‘How much you pay?’”

“Shouldn’t that be ‘How much are you going to pay me?’ Is English not his first language?”

“My housekeeper is Romanian. If I wanted her to stick a pen up her butthole, she would tell me I have to buy her coffee first.”

“The last one from Bulgaria I did, but now I don’t need to. I have one of those coffee machines, you know, the ones that take those pre-sealed capsules that ensure you have to pay full price for second rate coffee shop coffee but with the added inconvenience of having to make it yourself.”

“I have a sausage machine like that. It costs you five times the price in ingredients and takes all day to make a single batch, and they’re never as good as what you buy in the supermarket.”

“It’s like they’re charging you for the inconvenience. Damned capitalists.”

“My friend used to run an inconvenience store. It was in the middle of nowhere, only open from 11 to 11:30 on a Sunday night, everything was on the highest shelf, and they only sold pink socks.”

“I used to work at a Siberian camel de-shooer. Huge business. There’s a niche for everyone. How long did your friend stay in business?”

“Only the one night. He got robbed at gunpoint, and all his stock was stolen.”

“I remember seeing that on the news. The pink sock bandit they called him. He’d committed a chain of similar robberies, all focussing on late sunday night businesses specialising exclusively in pink socks.”

“I did suggest he instead sell green socks. He gave me a very dirty look.”

By The Other One of Them

“No, but…” he said, narrowing his eyes furtively. A look of consternation settled onto his careworn features and his knuckles clenched around his plastic writing implement. “I mean, I do, but no.”

The person asking, a woman in her mid-thirties with an unremarkable face framed by even less remarkable hair, cocked her head very slightly to one side as if curious to see where this was going.

He gazed at his pen and said, “No!” He then looked straight at her, a look somewhere between confusion and bewilderment had quite remarkably settled on her face. “I have a pen, but it’s my pen. You understand that this pen was a gift to my mother. I cannot lend it to just anyone who asks, even if that person promised to return it and was to leave their expensive cellular phone as a deposit.”

She opened her mouth to speak but no sound was forthcoming.

“Do you have an expensive cellular phone?” he asserted, gazing at her in a way that was becoming increasingly threatening.

“No, but…” she said, rummaging through the pockets in the side of her jacket that wasn’t remarkable enough to warrant further description. She held up a bunch of things. “I have a half-eaten bar of chocolate I found on the train. It has quite a lot of lipstick on it. There’s also three and a half inches of string, two coins from completely different countries and what might be the head of a sparrow. It’s too small to be the head of a penguin. You don’t get many penguins in here.”

The man frowned and took a deep breath. “You couldn’t even make a cellular phone out of that.”

“Perhaps you just don’t know how?”

“No!” he said with the firmness of a poorly-cooked salad. “This pen has remarkable sentimental value. Perhaps the head of your sparrow has enough seepage to leave an effective mark on paper? It must be worth a try?”

She gazed into the handful of odd junk. “I wasn’t intending to use the pen as a writing implement. That is an excellent idea though.” She made an attempt at smiling and then looked suddenly serious. “I have a personal problem and have found from various experiments that only a pen will do!”

“Not my pen!” he assured her. “My pen was a gift to my mother and she is now deader than last year’s fashions. The pen is all I have to remember her by. Think how such cherished memories will be damaged by the stink of your bodily orifices.”

“It is not a nice pen!” she commented dryly. “In fact, it looks like the ones the librarian has in that little box on her desk. It looked exactly like those in fact, the ones you can get a hundred of for less than the price of a chicken sandwich.”

“My mother and I weren’t close,” the man grunted. “Do you have a chicken sandwich? I like chicken sandwiches, even though I always thought they’d be far better with the bread on the inside.”

The woman nodded thoughtfully. “I think a lot of things would be better with bread on the inside,” she said with a thoughtful frown. “But not pens.”

“I have part of a dead sparrow and almost half a chocolate bar. I could improvise something for you using those things, if you like. I think it would be worth writing about—if you could.”

“Well I can’t write because I don’t have a pen, as previously discussed,” he told her, sniffing to himself and looking away. “Now if you don’t mind, I was doing this crossword.”

“Do you have a balloon?” she asked.

“What?” he said, his eyes widening. “No, I don’t have a balloon! This is a library, madam. What on Earth would I be doing with a balloon in here?”

“Well you are doing a crossword without a pen so I assumed a balloon would be equally logical,” she said with fairly solid reasoning, under the circumstances. “You would be surprised what people have when you ask. That’s how I have three and a half inches of string and a piece of a dead sparrow. Mind you, once you get those kinds of things, you kind of stop wanting to ask any more questions.”

“Perfect!” he said, rummaging through his pockets and gasping in pain as he jabbed himself in the testicles with what certainly felt very much like a cheap biro. “Here!” he handed her a scented eraser that looked like a strawberry but smelled like a man who needed a shower.

“That won’t fix my personal issue!” she told him, snatching it up. “But I’ll hold onto it because I’ve found that human bodies generate a wide variety of issues over the course of a lifetime. You simply never know what’s coming.”

“Go where?” she shrugged, looking around at the endless rows of books.

“I come here to get away from you,” he grumbled. “Can’t a man get five minutes away from his wife?”

She rubbed her chin thoughtfully.