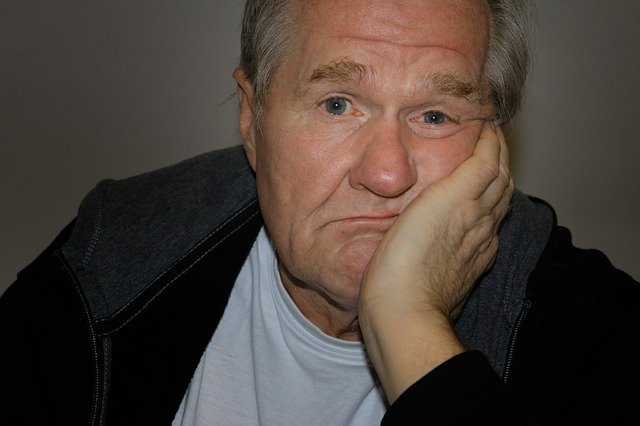 He sat on a cold and solid slab of plastic as he gazed out emptily into the world. It was a grey morning, the kind where the sky was masked with a layer of threatening clouds so thick that no trace of the round yellow sun could be seen through them. The corners of the charcoal tarmac road ahead of him were tinged with puddles from where it had rained all of the night before. Looking up to the sky, he knew it would rain again soon.

Cars streaked by him with muted roars as he sat patiently waiting for the bus. The air hung heavy with the stench of running engines and last night’s storm.

“Morning,” Tom said as he strolled along, dressed in heavy winter clothing and with a cheerful, ruddy face poking out from under a small woollen hat.

He looked up and smiled weakly in greeting as his old friend sat himself down beside him with a weary sigh.

“Morning,” he replied, the words falling through his lips automatically. “It’s cold today.”

Tom nodded and breathed out a lungful of air. The vapour hung like a cloud before his face before curling away and fading out of sight. “It’s cold every day lately,” Tom agreed.

“I was watching a video about South America,” he said. “It’s easy to get work out there, they say. If I were to go out there, I reckon I could find a job in the media or something. They never have cold mornings there. It would be an adventure, a new start.”

“Sounds good,” Tom said, rubbing his hands together as fast as he could. “Better than this, anyway.”

“Yeah,” he grumbled. He looked up to see a car race past him with a deep, throaty rumble. It was electric blue, sporty and powerful. It roared past, and he watched enviously as the red tail-lights drifted away into the distance.

“Nice,” he said. “That’s the new Porsche. Fastest one they ever made! I was reading about them last week.”

Tom looked at him and shook his head slightly, chuckling to himself about a joke he wasn’t going to share. “Looking them up were you?” he quipped. “Thinking of buying one?”

“On my wages?” he grumbled angrily. “Keeping up with my bus ticket is hard enough. I haven’t had a pay raise in three years, you know? If they would be fair about paying us, who knows what I could do.”

Tom dug his hands into the pockets of his thick, grey coat. The skin of his face was reddening from the cold bite of the frosty morning air. “You sell televisions, don’t you?”

He turned and gazed into Tom’s eyes for a moment. He was an older man, slightly overweight but carried himself with the ease of someone who was at peace with who he was. He sometimes envied that about him.

With a sigh he nodded and said, a little too proudly, “I sell all electrical goods.”

He shook his head slightly. “We get a high rate of commission, but I just don’t get the customers. There’s two other salesman and they get all the sales. But, if I get a good month, I reckon I can get the deposit for a car like that. I just need one good month.”

Tom smiled to himself. “One good month to buy a car like that?”

Tom grinned to himself. He turned and said, “You mean like, the same colour, perhaps?”

Inside he began to seethe, angrily feeling a knot growing in his stomach. “A nice one! I like cars. I just need one good month.”

“Right,” Tom said, nodding to himself. “Do you need to buy a car if you’re going to South America?”

He grimaced to himself. “I might do it,” he said. “I’ve been thinking about it a lot. If I could save enough for the tickets and visa, I would definitely give it a go.”

“I thought you were spending your commission on a car?” Tom said playfully.

He shrugged and huffed in annoyance. “Maybe,” he said. “I mean, if I bought a nice car and did it up a bit, I could sell it at a profit. If I did it right, it would be an investment.”

“Sure,” he said. “If you watch enough videos, it’s easy. You just do what the videos tell you to do. I can do that, if I get enough time.”

“Right,” Tom said with a slightly condescending nod. Probably deciding that it was time to change the subject, he said, “How are things with that girl you like? Did you ask her out yet?”

He looked away for a moment and winced inwardly. “Not yet,” he said. “I will if I can find the right time. Maybe this week.”

“Is there ever a wrong time?” Tom asked the very pointed question. “I mean, you see her at work every day, and she’s either going to say yes or no, right? I can’t see how getting the timing right would make much difference.”

He sighed to himself as the knot in his stomach tightened. “That’s why I need a car,” he said defensively. “If I can get one good month, then I can buy a car. If I can get some good sales, I can ask for a pay-pay raise, I can get some better clothes and take her out for a better date. If I get a bit of luck, then I will ask her out then. It’s all about timing.”

“I see,” said Tom and sighed to himself. “How did you end up selling televisions anyway? Is that a good job?”

“It’s alright,” he said. Really, he hated it passionately. It was empty and hollow and he was embarrassed to admit what he did to his friends. “I always wanted to be an architect, but I’d need to go to university to qualify. If I do one more year of this job, I’ll be able to save enough to take a course with the Open University. If I get the time, I could qualify in three years.”

“Sounds good,” Tom said, sounding just a little sad for him. “Why don’t you do it?”

“Well the course is expensive,” he said with a shrug. “If I could find the money, I would.”

Tom said nothing but gave a weary sigh. “How’s the family?” he said finally.

He looked away. “Same,” he said. “I don’t really get on with my parents. They’re always moaning about something. If they would just leave me alone, I could make something of myself. They just don’t give me space.”

“Space to do what?” Tom asked.

“To be a success,” he snapped. “If they would just leave me alone, I reckon I would go back to college and then on to university. I would be in a professional career in a few years, running a company by the time I’m thirty.”

Tom nodded along and the corner of his mouth twitched upwards very slightly. Tom sighed, and got the impression he was being looked down upon. He flashed him a smile and then said, “You inherited some money, didn’t you?”

“Yeah, it wasn’t much though,” he explained. “I put some of it into savings. If I leave it in there long enough, it would be enough for the deposit on a flat, if they don’t go up in price too much.”

“I don’t like to talk about the rest of it. I was unlucky there. If I had better luck, I’d be rich now.”

“Shame,” Tom told him, sounding almost, but not quite, like he meant it. “Who wants to be rich though, right?”

He frowned petulantly. “I want to be rich. If I got a proper opportunity, I’d take it.”

Tom looked at him and tutted to himself very quietly. “Your brother did well though, didn’t he?”

He tensed, the muscles up and down his back locking into place. “Yeah, he did well. If I had his good fortune, who knows where I’d be now.”

Tom rubbed his forehead and sighed. “He’s your twin, isn’t he?”

“Yes,” he admitted through gritted teeth. “We’re not identical though.”

Tom smiled to himself. “Obviously.”

He said, with more than a hint of antagonism, “We’re not much alike, to be honest.” He gritted his teeth as he thought of his brother. He was slightly older, stronger, better looking and luckier in every way. He told himself his brother was the lucky one often enough that he had started to believe it.

“If I had half the chances he’s had…”

In the distance, a tall red bus was approaching. “That’s mine,” he said with a sigh.

“Not mine, I’m going into town,” Tom said as it drew ever nearer along the road. “Good luck with the sales today.”