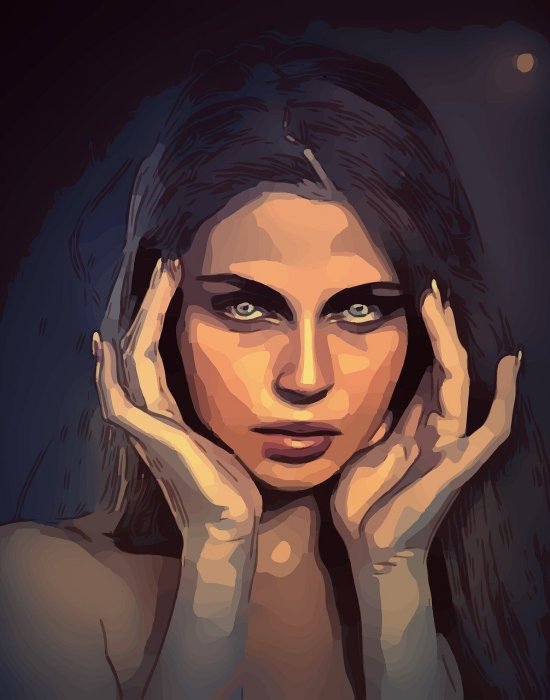 Writing a short story is a great exercise for a writer of any skill level. It keeps us sharp and focused and practices our creative skills, as well as helping us to stay productive. For new writers, it develops your writing skills in a fun and unique way.

On our site we have a page where you can generate your own writing prompt. Every time you visit, it will randomly select a bunch of suggestions including a title, a protagonist, a theme, a setting and a genre. If you don’t like what you get, simply refresh the page until a set comes up that inspires you.

I thought I’d try it myself and got lucky with my very first role. I got a set up of suggestions that fitted together remarkably well and decided to go ahead and put together a story from the prompts the page generated and that story is here, for you bemusement.

At the end of the story, we’ve included the prompts so you can see how the story came together from the suggestions our page generated.

Anyone can do this, it just takes a little practice.

By The Dark Jack and Iron Seth

“Dammit,” she said, yelling far too loudly as she caught the falling glass jug too late. More, seemingly endless liquid spilled out all over the floor, sloshing around her white boots. That was going to leave a stain.

Thunder clapped. He grinned at her, flashing a set of perfect white teeth. “Did you mean to drop that?” he quipped in his usual offhand manner. “Is dropping things your special ability? Because you do drop a lot of things.”

She clenched her teeth and cast him an angry glare out from the side of her deep brown eyes. “No!” she snapped, just as The Power went out. He stepped through the door with a huff, grumbling to himself. “Help me clean this up,” Bright Light said darkly.

Thunder struck. He slapped the wall with his huge, leather-clad glove, and with a wide grin said, “Not my job. My job is saving the day, or some shit. You have fun with that. I’m going to find The Power and see if I can turn him on, if you know what I mean!”

The sound of Thunder walking out made her grind her teeth together.

Everyone knew what he meant. Thunder was as subtle as an explosion in the sky.

Bright Light grabbed a mop. She grumbled to herself, almost muttering under her breath, “Why am I doing this? Don’t we have people for this?”

“Why are you doing that?” said The Truth as she stepped into the room. “We have people for that.”

She looked up and sighed. The Truth was always right, of course. Sometimes, hearing The Truth and realising you disagreed was a poignant reminder of your own stupidity, which always dimmed Bright Light’s enthusiasm. “I dropped it. I just thought I should clean it up.”

“Then you should,” said The Truth.

This wasn’t quite what Bright Light had wanted to hear. Her voice low and her eyes averted to the floor, she took a deep breath and said, “I’m having a bad day!”

“Are The Crabs annoying you again?”

Bright Light shook her head. “No. The Crabs have been leaving me alone since The Cure joined us.”

The Truth smiled and nodded. “Yeah, they really like him for some reason. He is not enjoying the attention.”

Bright Light leant the mop up against the kitchen counter and looked at her evenly. With hesitance, she said, “But you know the reason they like him, don’t you? Because, you’re The Truth. You know everything.”

“I am The Truth,” she nodded. “And yes, I do know the reason. Knowing everything isn’t all it’s cracked up to be. As well as knowing why The Cure doesn’t enjoy The Crabs, I also know why Thunder’s bedsheets are made of rubber.”

Bright Light looked down at herself, a sad look on what showed of her pale face. She was slender and dressed in a tight, form-fitting blue costume with a white flash running down the middle. Covering her eyes was a mask in the same white fabric, and her long, slightly-kinked red hair tumbled down from beneath it. There was always a line in her hair now from where the elastic in the mask held it firm.

“Yes!” said The Truth, earning herself a frown from Bright Light. “Look at me! I’m dressed in a black cape with an eye logo stitched on by a woman in Surrey named ‘Judith.’ We’re all a little bit ridiculous. It’s the price we pay for being superheroes, an inspiration to the entire world.”

Bright Light looked down at her white boots and shuffled her feet awkwardly. “The Power can lift a bus over his head. I once saw him pull the door of a vault and throw it at the arch villain ‘Tusk,’ who could be identified by the rubber elephant’s trunk held on his face with a leather strap. He’s genuinely powerful. Thunder can clap his hands and make a sound that can knock everyone in the room out cold. He’s like a walking stun-grenade that can focus his powers to shatter glass or even roll over a car. Even The Crabs are useful in a fight—those twins have a grip of iron and can cut through anything with their weird bare hands.

“And you?” Truth asked with a wry smile.

“I make a bright light!” she said with a heavy sigh. “I was literally made redundant last week when The Power began carrying an LED torch on his utility belt.”

“You’re feeling a bit useless, aren’t you?” said The Truth.

“Here we are in a secret underground bunker surrounded by super-able people with incredible gifts, and I can be replaced with something you can buy in Poundland with your pocket change,” she grumbled. “The ‘Justice-Squad’ base is miles from the nearest town and I can’t fly or anything. I have to ride the Justice-Bicycle to the Justice-Busstop, then hop on the Justice-Bus with The Crabs and The Lone Avenger. All he ever talks about is how he doesn’t need any of us. I think he’s just some guy in a black suit, to be honest. It’s all so depressing.”

The Truth shrugged. “All I do is know the truth; I’m no use in a fight at all. That’s why I just stay here, guiding the rest of you and pushing you into dangerous situations. I thought I was going to help save the world, but when you get there, the reality can feel quite different.” She shook her head and smiled.

“Would you rather be Iris Bottomly again, part time social-studies student and night-time exotic dancer?” The Truth asked with a pointed smile. “By night, gyrating on a greasy pole that smells like sadness and evil smashed together, and by day, drinking Red Bull and crying into your ‘rudimentary psychology’ textbook?”

Bright Light glared at her, her eyes narrowing beneath her tight fabric mask. “I won’t bother asking how you knew that!” she grumbled.

“I have no desire to go back to being Sharon Beckinsford, purveyor of mobile communication solutions. I might not be living up to my childish dreams of being a real superhero, but I’m still part of something more important than hawking a technology that allows you to share pictures of cats, breakfasts and genitals shot from weird angles in questionable lighting conditions.”

Bright Light sighed. “Is it too dark in here?” she said, her voice lacking sincerity. “I can make it a little brighter. Would that make the world a better place?”

“I’m wasting my time here!” The Truth said finally and turned to leave, her black cape swishing through the air.

The Truth turned to her once again and said, “Mop the floor. Nobody needs a grumbling woman whose only power is substituting for a broken lightbulb. You can join the cleaning crew or something and finally be genuinely useful.”

“The problem with you is that you don’t understand the power of your own light. You don’t have a useless super-power—you have a gift that gives you an opportunity to do something amazing. You’ve forgotten that light is energy, that your abilities go beyond the power of a flickering candle, and could be truly something amazing if you put in the same amount of effort into harnessing them as you do in moaning about them.”

“In life, you don’t get to choose who you are or what opportunities you get. Your job isn’t to moan about the hand you’ve been dealt. It’s to make the most of what you’re given. I don’t have time to waste on some dancer who never learnt to use her gifts to help herself or others. My job is to point out the truth to special people that have learned that the power to change the world is inside them, even if all they are to everyone else is a pair of twins with weird hands!”

“Are you?” The Truth countered. A faint flicker of a smile flashed across her lips.

“Yes!” said Bright Light. She straightened her slouching back and puffed out her chest. “I am! I’m really special!”

“Then put down that mop and get to the meeting room!” The Truth told her. “The Stenchmaster has threatened to drop fifteen metric tonnes of expired milk onto the city for… some reason. We’re going to stop him.”

Bright Light raised an eyebrow. “Don’t you know the reason?”

“Sometimes, the truth is that you don’t want to know…”

Protagonist – A Superhero who has a terrible super-power

Go to the random story generator