One of the most divisive topics of our time, even more so than ‘should Brandon go’ is the ferocious debate over which is better, Star Trek or Star Wars. Let’s answer this question once and for all by applying logic to shows with space-wizards and giant alien heads floating in space!

Star Trek began in the 60s. Gene Roddenbury wanted to create a ‘wagon-train to the stars,’ an optimistic view of a better future world where war and famine were things of the past and where humanity had overcome its stupidity. He’d tried several times before—with various degrees of failure—to encapsulate ideas that had come to him, while I can only assume he was ‘tripping balls.’

Star Trek, the original series, began as fairly hard sci-fi. That means that it was based on reasonably firm scientific principles and there were strong, logical reasons for what happened. Matt Jefferies, the man who designed the Enterprise, made a deliberate effort to make the ship look believable—according to the understanding of things at the time. He wanted smooth exterior lines, an indication that nobody should be climbing around on the outside of it due to the quite strong likelihood of their horrible deaths. All the bits that would need servicing are on the inside where they belong.

There was a lot of thought put into how warp technology works, with Roddenbury establishing a set of rules as to how ships have to be designed. The engines were required to be in pairs with a gap between, and they needed a clear line of sight from the front. Interestingly, this did have some basis in science. Nasa has more recently released an image of a concept ship with a twin pair of rings that operate along a suspiciously similar principle.

The crew of this ship are human and they behave like them—flawed, but ultimately morally-sound. These actors and writers were people who had survived a war; many had experienced conflict first-hand, and one even lost a body part. They accordingly understood adult concepts. We see solid, rational reasoning, and behaviour you would expect to see from respected individuals.

As Star Trek evolved and grew, it became arguably even better—at first. The Next Generation established a solid base of canon, since it was built on a foundation of success, and the show was planned accordingly. They hired scientific advisors and developed a show-bible so the technology wasn’t just in line with what was expected of the future, but was also used consistently.

The stories also reflected an interest in genuine science-fiction, and while not always being truly hard sci-fi, they assuredly dabbled in it. A significant number of episodes were as thought-provoking as any works of literary sci-fi authors.

Star Wars, on the other hand, wasn’t like that at all. Star Wars was set a long time ago, and in a galaxy that was far, far away. It has human characters and they have clear, and very human, motivations, but there are other life-forms too and they have equally human motivations—somewhat bafflingly.

The technology in Star Wars had a more tenuous relationship with scientific principles. The whole approach was quite different. In Trek, when they needed to cross the galaxy, they consulted an advisor who suggested a likely theory and proposed what might be possible in the future. In Star Wars they just pressed the big, red button.

Star Trek fans highlight this as a weakness, when it’s really nothing more than a difference in the way the stories are approached. Star Wars is not a hard science-fiction tale, rather it’s a fantasy story set in space. We don’t need to understand the technology, all we have to do is accept that the characters know how things work.

The narrative is based on a handsome, young white knight, a Princess who needs rescuing, a rogue looking for redemption, and an evil villain who wears all black clothing. There are sword fights, wizards and castles, albeit ever-so-slightly reinterpreted. Star Wars couldn’t get any closer to a fairy-story unless Ben Kenobi turned into a pumpkin at midnight.

This means that Star Wars exists in a universe where the technology is firmly established, and there are no more discoveries left to be made. The only stories left to tell are tales of human interaction, stories of politics and personal tragedies and sacrifices. Where Trek tells of mankind shrugging off its past and growing to take its place in a wider universe, Star Wars tells tales of that wider universe and how individuals fit into it.

An interesting quirk on what appeals to whom is how men tend to gravitate to science-fiction and women tend to prefer fantasy. The idea of exploring the future appeals to the masculine tendencies, exactly as you would expect from a group whose biological job it was to father children and then go out and find a way to support them. Fantasy is set in the past, and this appealing to woman makes perfect sense when the feminine is driven to learn lessons from the past and use it to establish a base from which to build a family.

Science-fiction is generally no more accurate in predicting the future than fantasy is as a record of the past, but both take key symbols and expand upon them until they are just barely recognisable.

Perhaps for this reason, Star Wars has always appealed more to both sides of the gender divide, where everyone can find something in it that speaks to them. The broad strokes, in terms of the good guy wearing white, the bad guy wearing black and the rogue wearing a combination of the two, connects well with younger viewers. In Star Wars, there really is something for everyone.

A key difference between the two is what happens when we dig a little deeper.

Star Trek wears its heart on its sleeve. What you see is what you get and there is very little more to find. It relies on you understanding the setting at an instinctive level. It does that by firmly establishing that this is the future of humanity, people from Earth. At its core, it’s our future and we know exactly what that means. There’s really no deeper symbolism than that because there doesn’t need to be. What development there is, relies entirely on the stories going off and revealing new things we haven’t seen, rather than discovering hidden truths from our past, the way fantasy tends to do.

Star Wars has far more embedded symbolism. While the villain in black and the hero in white is an almost childish choice, it later reveals that it’s not as clear-cut as it appears. Throughout the trilogy, the hero wears darker clothes and skirts ever closer to becoming evil himself. The villainous army wears white, looking almost skeletal and appealing to a deeply-ingrained sense of mortal dread. But the colour choices later reveal themselves to be blurring the line between what is really right and wrong, good and evil, moral and immoral.

What starts off looking like a simple tale of daring, begins to reveal a strong narrative message, while Star Trek begins to show itself to be an excited look at a possible future, with almost childish naivety.

But, which is better?

History teaches us that Trek is at its best as a television series, giving the characters space to grow, to slowly expand their universe one faltering step at a time. Star Wars is best taking a core of strongly-written and sympathetic characters and taking them on an immense journey where anything can happen, as we explore the humanity of ourselves through their eyes.

When they try to swap over, it all goes a bit wrong. Star Trek movies have always been a bit hit-and-miss. While some are good, most aren’t, and the good ones are never as memorable as the best episodes of the show. When Star Wars makes a television series, the stories never find their stride, and always fail to find the following of the best of the movies.

This is what went wrong in the prequels. We couldn’t enjoy following along with Anakin’s journey, since we already knew where he was going. We couldn’t root for him, or hope he would triumph; we knew he was going to fall, and we had to watch him do it. It was the difference between watching a medical drama where doctors fight to save the life of a horribly injured man, and watching an autopsy. One is drama, the other is a sad series of minor discoveries that can’t change the truth of what has happened.

Star Trek is best when it takes us, humanity, out into the stars and wonders what it is we’re going to find. It explores what we know ourselves to be and asks what might happen to us if the world about us changes. It is the future.

For this reason, neither one is better than the other, they both take the genre of science-fiction and apply it in very different ways. For most of us, the best of Star Wars is just as good as the best of Star Trek and we can enjoy both for what they are.

Both have lost track of what they are and what they do best. Let’s hope they remember before we all stop caring about either of them. 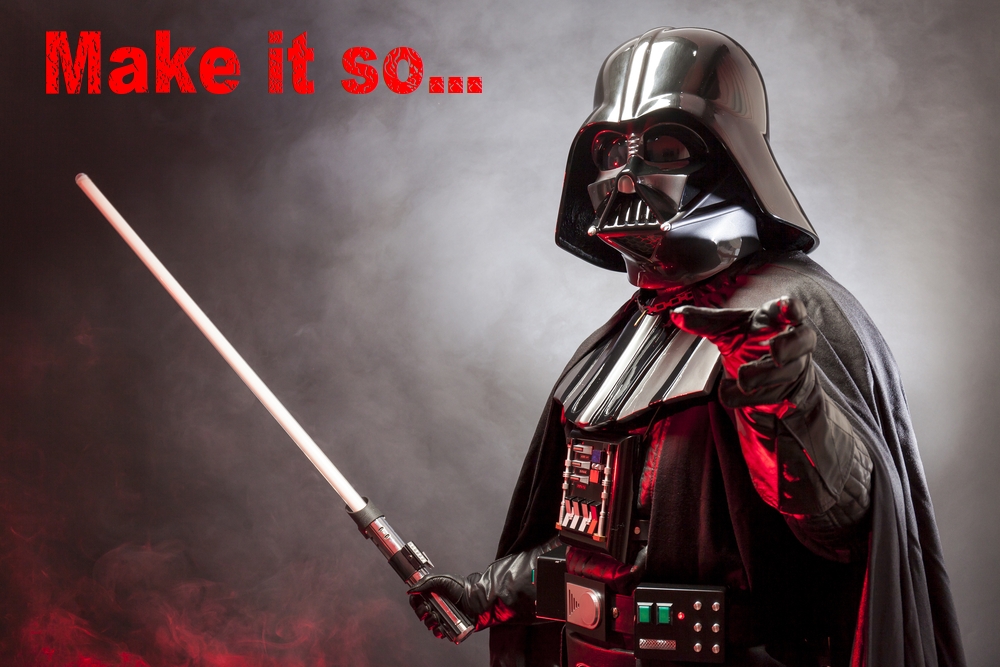 Many thanks for reading this article. We hope it was interesting, informative and entertaining. Follow us on social media or share our content on your own pages. It helps us grow so we can create more free content to help you.

Want a completely free book about writing your novel?