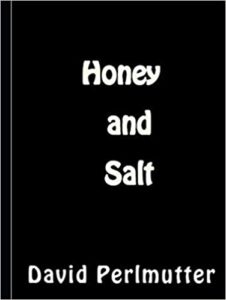 It was supposed to be an innocent meeting of some fun-loving girls. But when you’re superheroes, sometimes fun gets interrupted. 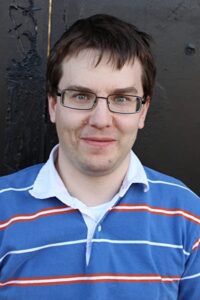 David Perlmutter is a freelance writer based in Winnipeg, Manitoba, Canada. He is the author of two books on animation history: America ‘Toons In: A History of Television Animation (McFarland and Co.) and The Encyclopedia Of American Animated Television Shows (Rowman and Littlefield), and five self-published books of speculative fiction: Orthicon, Honey And Salt, Let’s Be Buddies, Nothing About Us Without Us, and The Singular Adventures of Jefferson Ball (available through Amazon Kindle and Smashwords). . His stories and essays can be read at Medium, Curious Fictions and Vocal.

Chapter One: The New Kid

The ride into town was about the only thing that would be normal about that day.
Of course, being a newly minted superhero, I knew I wouldn’t be having any more “normal” days, with all my new challenges and responsibilities. You never know when trouble’s going to loom, y’know.
Since you’re from out of town, you may not have heard of me before. So, allow me to introduce myself.
For the first eight years of my life, I was just plain old Olivia Thrift, from Headingley, Manitoba, just outside of Winnipeg. A normal girl in a normal town, somebody who kept mostly to herself, with few friends. Other than my best one, Dixon Wells, whom I’ve known since before we both had teeth. But even he didn’t have time for me all the time. And my parents have to commute really deep into Winnipeg for work, so they’re not always around or up and about when I need them. So, there’s been a fair bit of time in my life when I was a total latchkey kid, alone with my books and the TV.
That’s how my being a superhero came about. The animated ones on TV became my favorites, and then my older cousin Ella Thrift, who’s the biggest fan-girl in the universe, got me into the comics. Especially now that there’s a lot more women and girls in the superhero biz than there used to be. Of course, I didn’t know then that I would become friends with them, let alone breathe the same air as any of them. Let further alone that I’d actually be part of an epic, cataclysmic adventure with them. If you’d told me that a couple of years ago I’d be doing that, I would have thought you were out of your gourd.
But I did become a superhero, and it did happen. But, first, you need to know how I became who I am now for this to make any sense to you.

*
I had just finished watching the tube one night, when I thought I heard somebody calling my name from within the set as the picture went dead. I crept forward, but, just before I got to the screen, a ghost appeared and startled the living daylights out of me, and I jumped back.
I’d had a couple of glasses of ginger ale that night, which I didn’t normally do, and my head was a little dizzy. So, I wasn’t sure if I was imagining this or not. Like a goof, I asked it:
“Are you for real?”
To my great surprise, it said, “Yes”.
Actually, “it” was a “he”, so I should call him that instead. I’m all about giving respect when it’s deserved or earned. And he earned mine right away.
His name was Lightsound, and he was and is a deity who resides in all communication devices through which information is transmitted. Digital ones, mostly, since that’s most of what they are now, anyway.
So, again like a goof, I asked him again:
“You mean you’re from the telephone company?”
“No,” he said, clearly and patiently, but without any annoyance whatsoever.
He was an alien being sent to Earth to do good deeds, who happened to reside where he did because it was the only way he could avoid being attacked and killed by “my” outside world. And he had chosen to reveal himself to me because he wished to do for me one of his good deeds.
“Me?” I asked. “What did I possibly do to deserve something like that? I’m not special.”
He contradicted me. He noted my strong interest in super-heroics, and I didn’t deny it. And then he noted a long list of things I had done in and around my home that qualified me for superhero status (in his eyes, anyway). I attribute that more to being a faithful Spark, Brownie and Girl Guide than anything else. As well as the many times I’ve come to my best friend’s aid when he needed it. Such as when I got into a vicious scrap with a bigger girl to protect Dixon from her bullying. I won the fight, but ended up getting detention for a whole week because of it. Because my hypocrite teacher of the moment thought that “girls should know better than to fight” when he let the boys get away with it all the time. Who says life is fair?
But Dixon appreciated it, as he always does when I assist him in any way. He thinks I can fight very well, and never adds “for a girl” to it, unlike some people. He’s always glad if somebody stands up for him, boy or girl, because his being so short by guy standards makes it harder for him to defend himself by himself.
I’m glad he’s on my side.
Anyway, I had forgotten all of that, as well as the various animals I helped out if they were stuck in a tree or fell out of their nest trying to learn how to fly. Not that many – Headingley’s very small – but Lightsound had somehow seen all of this and made a mental note of it all. And now, because I admired superheroes so much, he wanted to make me one, in turn.
“So how are you going to do that?” I asked, still trying to come to terms with a dream that had the potential to come true. “Are you going to….?”
Before I could say any more, he shaped hands from his ethereal, non-corporeal form and put them on my arms. Then I got shocked with enough electricity to kill an elephant. Somehow, I survived, but I fell to the ground. Lightsound stood protectively over me until the charge faded, which happened soon afterwards.
“What…did you…do…to me?” I said, once I regained consciousness, with a headache. “I feel so…”
“The negative feelings will pass,” he said. “You will begin to pulsate with strength and speed greater than anyone else your age. As well as a higher level of intelligence. The headache you feel is your brain expanding.”
But he said I didn’t have to be super all the time if I didn’t want to. A great relief to me, because I know full well what an albatross being super 24-7 can be. He told me I could use key words to cue him for when I wanted to super up and power down. So, I picked “Fantastic!” to cue my powers, using a jump in the air as a visual punctuation mark, and “Done!” for when I wanted to quit. Then he zapped up a uniform for my superhero identity, partially based on the pajamas I was wearing at the time.
(That’s my old one, not the one I have on now. Long story, but you’ll hear all of it soon.)
So, that’s why I call myself Captain Fantastic when I’m a superhero. Otherwise, I’m just plain old Olivia.
The only condition Lightsound gave me for having my powers was that I show other kids the way they could unlock their potential the way he did mine. By translating their deepest mental desires into physical realities. Hence those famous kids-only seminars I hold once in a while. If they’ll let me, that is.
Then he left, saying all I needed to do to contact him was call his name, and he’d be there. Swell guy.
Anyhow, I’m sorry if I wasted your time filling in my life story, but, like I said, the rest of what happened to me, then won’t make a lot of sense to you if I don’t do that first.
And speaking of the rest of the story….