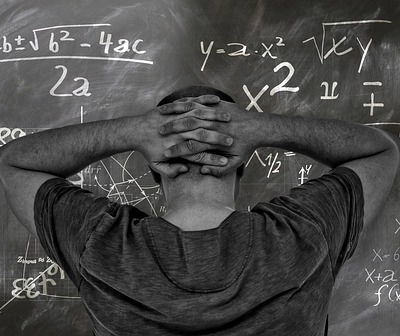 This is another GPS story. The location gives me three random words I give myself an hour to turn into a short story. It’s good practice and keeps your creative mind active. This time the words were…

As a teacher myself, this resonated with me. It took me back to when I met a Canadian teacher with over 19 years experience who told us about how education was being systematically undermined. I can see it for myself and decided to write this ugly little story about it.

He rubbed his forehead and groaned to himself, making sure he did so loud enough for the sound to be annoying. Joe glanced one last time to the report and then back up to an oddly empty expression on the face of his colleague.

“And this is correct?” he said wearily. “You’ve actually confirmed that this information is right?”

She sighed softly and grumbled to herself under her breath. “Of course I confirmed it,” she told him, sounding like she didn’t enjoy having her professionalism questioned. Her neutral expression melted into an impatient scowl.

He nodded and looked away. He could feel the frustration bearing down on him. “I know this guy,” he said. “He’s a good man. I had drinks with him a few weeks ago.”

“Oh he drinks?” she said sarcastically. “He must be a good man then.”

He glared at her. “I don’t need your attitude, right now, Linda,” he snapped. He glared at her and it was an unusually dark expression that plunged her into silence.

Where anyone else might have apologised, she stared back for longer than was polite before looking away in disgust, and making no effort to hide it.

“I need you on my side and doing your job,” he told her angrily. He could feel his hands tightening into fists. “The last thing I need right now from you is another argument about semantics.”

“No!” she told him, meeting his piercing eyes and defiantly gazing into them. “The last thing we need right now is some idiot making stupid complaints and undoing all the good work we’re trying to achieve.”

Joe looked away and made an effort to calm himself. He filled his mind with the image of a beach, he could feel the sun beating down on his face, lighting up the inside of his eyelids a bright pink and listened to the imagined sounds of the ocean lapping gently against a sandy shore. He counted down from five and took a deep, heavy breath.

Blowing out the air in his lungs, he said, “I’ll talk to him.”

“I’ll talk to him,” he told her. It wasn’t a question and she clearly understood what he meant by this. She bit her bottom lip, looked away and nodded slowly. What else could she do? She wasn’t the one in charge, although he knew that she often forgot that.

“Linda,” he said grumpily, his ragged temper now brought to heel. “He deserves a conversation with his boss before we get rid of him. Anyone would deserve that.”

She shrugged. “He’s an idiot,” she said firmly. “But it’s your time to waste, Boss.”

“I know,” he said with a sigh. He rubbed his forehead wearily. “It’s not that I don’t trust your judgement, it’s just that I know this guy. I want to give him a chance.”

“He’s had plenty of chances,” she told him. Her temper was under control too and now her voice was calm and even. It was never this calm and even unless she was extremely annoyed about something. He knew her well enough to know that. “I’m not having someone like him shoot his mouth off.”

He shook his head and tried not to get annoyed at her. “It’s not your choice to make, Linda,” he told her equally calmly. “I’m going to talk to him and see what he’s got to say.”

She just shrugged. “I’ll be in my office,” she said.

He nodded. Without another word she turned and stalked off angrily down the corridor.

She was a cold, and sometimes vicious bitch, he thought to himself. Unfortunately, that was exactly what he needed her to be.

Chris Stephenson looked up as the door opened. He was a young man, close to the end of his twenties. He was a neat and tidy person who stood up politely as Joe entered the small waiting room. The only thing that pointed to him not being a typical office-worker was a scruffy mop of dark hair that suggested he wasn’t quite entirely conventional.

Joe smiled at him courteously and turned to slowly, very deliberately, close the door. He reached down and snapped the lock shut.

He flashed an uneasy, awkward smile but Joe noticed a very real sigh of relief. He said, “Good. I just need to…”

His sentence went nowhere. Joe took the lead and pointed politely to the chair. “Sit down please, Chris. Let’s talk this out.”

The two men sat down opposite one another. Between them was a round wooden coffee table on black metal legs that looked too spindly to hold it up.

Joe looked at his files in silence and breathed heavily. He knew it was his responsibility to take the lead. With that in mind he said, “Chris, we run an outreach program here. We work hard to earn sponsorship so that we can do good work in the community.”

Joe smiled emptily to himself. No matter how much he’d like this to remain informal, he knew it wasn’t going to be. That made it feel much harder, of course.

“Chris, we work very hard to get young people like you who can go out and train inner-city teachers,” he said. “We give them a solid grounding in maths and science so that they can go out and teach the under-privileged community kids. We make a real difference here, Chris. We’re proud of what we do!”

“I know, Sir,” Chris said. He hesitated, huffing to himself. He was clearly agitated and he shuffled awkwardly in the seat. “But something isn’t right.”

“I see,” Joe nodded along. He hoped Linda was wrong about this. He was such a nice, promising young man.

Chris nodded to himself. He paused and gazed into nothing as he marshalled his thoughts. After a long moment he began, “As you know, I’m in charge of writing the curriculum. I’m the one who creates the teaching schedules for the trainee teachers. We take people and give them on-the-job support while they qualify as teachers.”

“It’s all wrong!” he said as his eyes widened.

Joe snorted, smiled awkwardly and shook his head. “What?”

“Take mathematics,” Chris told him. “We’re teaching basic arithmetic in a way that makes it confusing, so confusing that it’s actually making our students think they’re not clever enough to learn it.”

Joe shrugged weakly at him.

“We’re teaching them that they can’t function without computers, phones and calculators. We’re removing self-reliance from the children we’re meant to be helping,” Chris explained.

“If we follow this curriculum, we would end up with students who don’t think at all, just blindly trust technology, and authority to do it for them!”

Joe flopped back heavily in his chair. “I see,” he said. “And this is what you believe, is it?”

“It’s the truth,” he said, almost crying out in anguish. “I have a degree in psychology and sociology. I’ve gone over and over the course. It’s almost like it’s designed to make the children fail.”

Chris nodded with more enthusiasm than Joe had wanted to see. He sighed to himself and wearily rubbed his face.

“I never said you didn’t,” Joe agreed, sitting heavily down in a sofa at the edge of her small, neat and oddly aggressive office. “I just wanted to hear what he had to say for myself.”

“And?” she asked smugly.

He nodded and gave her a measured smile. “He’s an idiot.”

She said again, quite unnecessarily, “I told you.”

“I can’t have someone like him talking about stuff like this,” Joe said wearily. “We’ll have to get rid of him.”

“I told you that too,” she said grumpily. Linda tapped a few keys on her computer. “I’ve already written out the paperwork,” she said with a superior sideways glance at him. “I just need you to authorise it.”

“What do you want to do?” she asked conversationally.

“Just have him killed,” he said. “Nothing fancy, just an accident or something before he takes his ideas to social media any more than he already has.”

Linda grinned like a predator spying its lunch. “I already presumed that. It’s ready for authorisation.”

“What an idiot,” Joe said. He took a deep breath and noisily hefted his old, aching bones up out of the chair. “Every year we get one like him. When will they ever learn to just shut their mouths? They can’t really think they’re going to change the world, can they? They can’t imagine we’d just allow them to go spreading the truth around?”

Linda shrugged. “I guess that’s the problem with hiring gifted, motivated people who just want to help others.”

“I blame the schools,” Joe told her. “All this thinking for themselves should have been beaten out of them years ago.”

Linda smiled at him, almost supportively as he came over to authorise the instruction. She said coldly, “We’re working on it, Boss!”